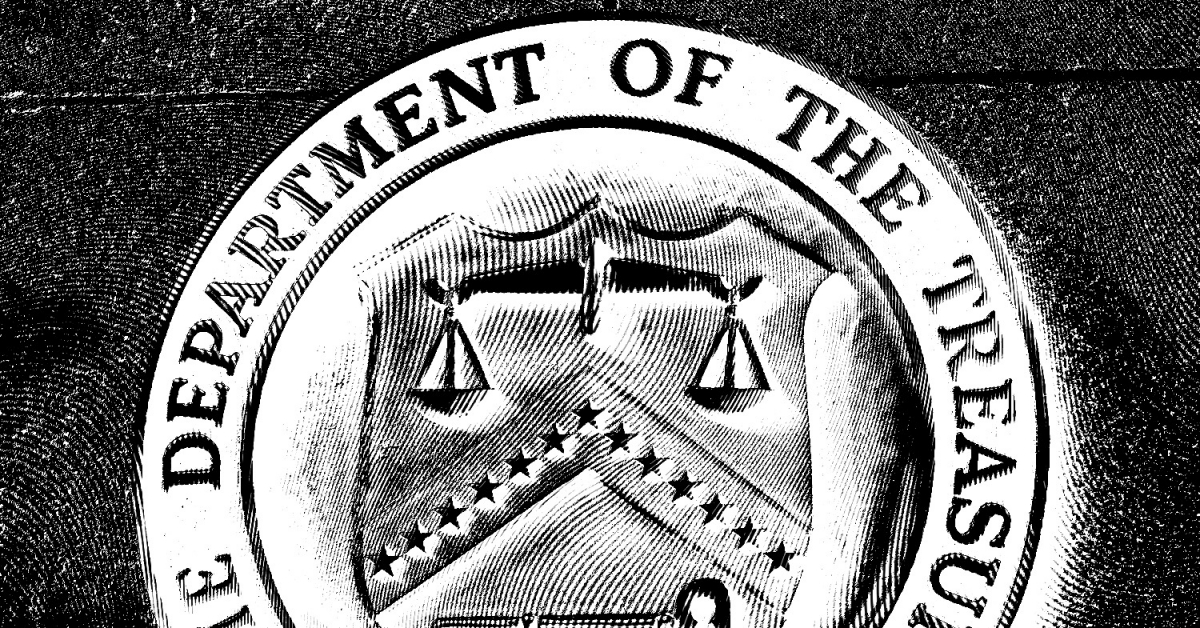 The U.S. Treasury Department is evaluating the merits of a government-sponsored digital currency, said one of its top officials Wednesday.

Deputy Treasury Secretary Justin Muzinich, speaking to the Atlantic Council during a digital seminar on trans-Atlantic economic relations, said the administration is studying a potential central bank digital currency (CBDC) tied to the dollar, alongside the Federal Reserve, the U.S.’ central bank.

“It’s something we’re studying … [T]his is really a decision which sits as much with the Fed as it does with Treasury,” he said.

The Boston Fed has confirmed it’s evaluating a potential CBDC, though it may take years to proceed.

Read more: The Federal Reserve Is Experimenting With a Digital Dollar

The Federal Reserve and the Treasury Department are both part of an international working group evaluating digital currencies as well, Muzinich said.

“There are clearly efficiency benefits and cost benefits to using a distributed ledger,” he said. “And I also think, more broadly, it’s important for government to embrace innovation and not be scared by it.”

At the same time, Muzinich said finding a balance between preventing illicit activity and respecting consumer privacy will be a challenge.

“Because how much of a consumer’s daily transactions should the government see, in a digital world, for instance? So there are a variety of factors that we are thinking through,” he said.

During prepared remarks prior to the Q&A, Muzinich also said the U.S. and Europe must cooperate in regulating cryptocurrencies.

“Cryptocurrencies are a fascinating topic, because they have implications not only for private business but also for a number of activities,” he said.

Cryptocurrencies can be used as more than just a means of payment, but can also provide some functions typically performed by governments.

However, he said the government would be concerned by the fact that cryptocurrencies can be used to evade anti-money laundering (AML) rules. There are also monetary base and financial stability concerns. (While Muzinich did not mention libra, regulators and policymakers worldwide warned of financial instability after Facebook unveiled the stablecoin initiative in June 2019.)

“Treasury has made it clear that the obligation to comply with U.S. laws is the same, regardless of whether a transaction is denominated in traditional fiat currency or digital currency. Existing laws apply to digital assets in no uncertain terms,” he said.

Even digital currency efforts that comply with the spirit and letter of AML laws might raise concerns, such as if a stablecoin shifts from being fully reserved to being partially reserved or decides to change the makeup of its underlying basket of reserve currencies.

“This could alter money supply or cause financial disruption when such a decision is being made by a private governing association, or by a majority of coin holders,” Muzinich said. “What if foreign hackers had acquired a majority of the coins? In any case, would important decisions about our economic system have been taken out at the hands of governments accountable to the people?”