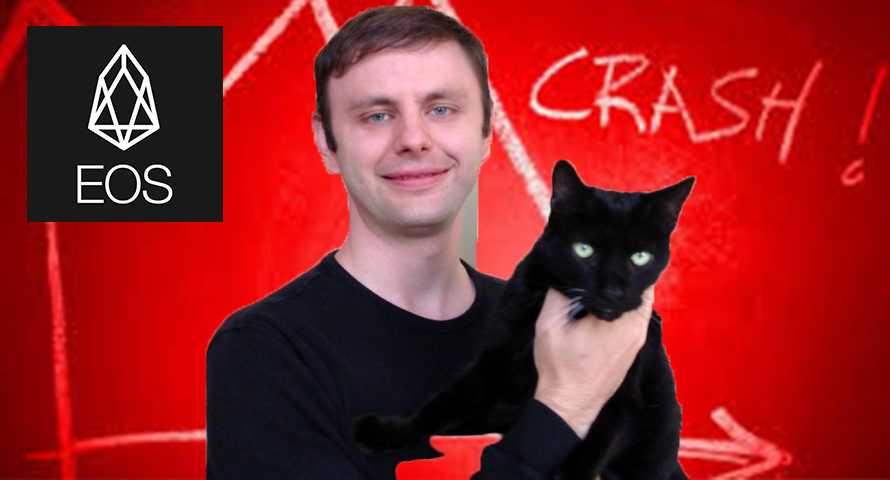 Left with a day and few hours, the mainnet launch of EOS will soon be fully actualized, and by this time, EOS will be migrating completely from ERC20 network, an ecosystem that belongs to Ethereum.

Surely, we need no soothsayer to aver to us that there will surely be a modification on Ethereum and such is tantamount to an effect.

Ever since the announcement from EOS that it will be moving to its own ecosystem, the Cryptocurrency had declared to be a direct challenger of Ethereum. Even though Ethereum is backed and funded by top-notch people in the world, the statement cannot be underrated as being ludicrous because the altcoin is on the fifth position, three places away from Ethereum, and it has been gaining more recognition with value rise since November 2017.

Surely, if EOS dumps Ethereum, it will be moving its coins and users on the ERC20 network to its mainnet. Viewing the fact that it is the fifth largest coin in the space, with a huge market capital, this could have a colossal effect on Ethereum.

EOS, since April has begun the transfer of its coins from ETH. Using its parent company, Block.one that is accountable for EOSIO architecture and registration of tokens for the migration, EOS has been able to move $900 Million USD. A transaction massive enough to outstand any other on ERC-20 network.

Beyond that, EOS migration was also proven as a major threat for Ethereum because the altcoin still holds a massive 916,000 ETH in a wallet address EOS-Owner, with an additional 237,000 ETH which it realized from the crowd sale of its ICO that lasted one year.

EOS Making All Move To Be Less Vulnerable.

While many have weighed in that EOS is among the Cryptocurrency that is prone to 51% attack, the CTO of EOS, Daniel Larimer, in a tweet highlighted that the altcoin stands out from being a vulnerable coin.

“51% attacks are only possible with anonymous miners on proof of work networks. To effect a 51% attack on EOSIO requires collusion of 15 of 21 well vetted public actors.”

In the same manner, EOS is taking no risk on attacks. The altcoin, on Twitter announced to the world that it will be giving out a whopping sum of $10k to anyone who can find a bug or loophole in its code.

“Help us find critical bugs in #EOSIO before our 1.0 release. $10K for every unique bug that can cause a crash, privilege escalation, or non-deterministic behaviour in smart contracts. Offer subject to change, ID required, validity decided at the sole discretion of Block One.”

With all the massive and convincing move EOS is making ahead of its migration, it is clarifying that its mainnet launch is not a gamble. Coupled with the fact that it has pledged to compete with the world second most value coin, Ethereum should be expecting a massive blow that would likely cause a market crash.

Why should you attend Blockchain & Bitcoin Conference in Finland?