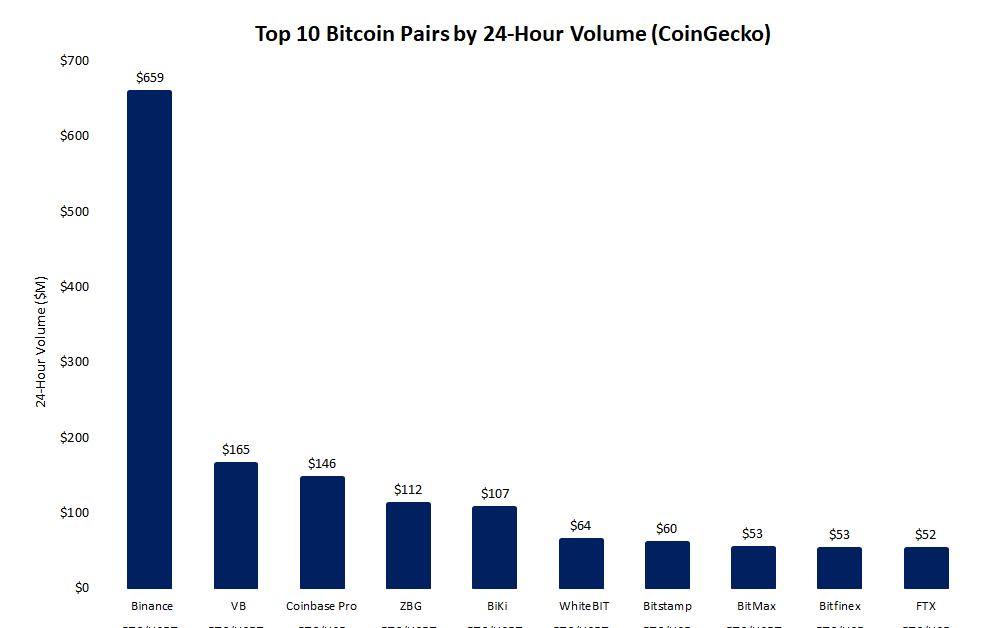 MicroStrategy CEO Michael Saylor strongly criticized widely distributed bitcoin markets data as “garbage” and said it severely misrepresents of his own experience with the market’s real liquidity after investing in bitcoin.

In a live interview Tuesday with Hedgeye CEO Keith McCullough, Saylor said bitcoin volume is being reported at a wildly inflated $24.76 billion, referencing the current volume on Apple’s Stocks application. That number is similar to 24-hour bitcoin volume of $20.3 billion reported by CoinGecko.

This data “ships to a billion devices in the world,” Saylor noted, referring to Apple. “It’s garbage.”

“I know for a fact you can’t buy more than $35 million a day without people knowing, so there’s no freaking way there’s $24 billion trading,” Saylor explained, adding that he thinks bad data is “holding back bitcoin.” “It’s just awful.”

Estimates of what volume is “real” are “still all over the map,” said Galen Moore, senior analyst at CoinDesk Research. In January, Moore wrote that, for many cryptocurrency market participants, “data is a marketing tool instead of a revenue source,” and some exchanges are “exaggerating volumes in order to enhance their perceived liquidity.”

In a March 2019 report to the Securities and Exchange Commission (SEC), San Francisco-based Bitwise Asset Management found that approximately 95% of volume reported on popular cryptocurrency data aggregation websites is fake.

“Where can you find something so incredibly compelling that has such bad data around it relative to other assets?” Saylor asked rhetorically.

On a positive note, Saylor said he “love[s] the fact that the data is a little immature” since it represents “the pain and the work of being first or being early.”