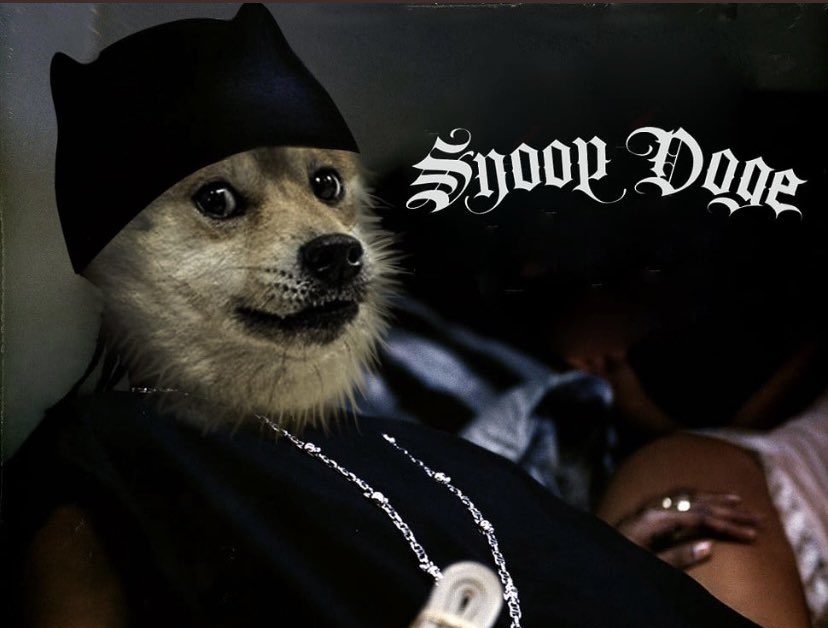 At 19:54 UTC on Saturday, the rap artist tweeted out the following:

Hours after Dogg’s Tweet, Musk, who, when he’s not busy boosting DOGE also serves as Tesla’s CEO, tweeted a Lion King-inspired picture of himself holding up Simmons holding up Snoop Dogg who in turn is holding up a Shiba Inu.

(In other, apparently unrelated, Snoop Dogg/canine-related news, the rapper co-hosted this year’s Puppy Bowl earlier Sunday with his long-time friend Martha Stewart. At press time it wasn’t known whether any Shibu Inus took part in the event.)
Simmons was included in Musk’s meme as the Kiss rocker had kicked off the current round of DOGE-pumping early Saturday morning with typical modesty, tweeting to the world that he is the “God Of Dogecoin.”

The Tweets by the trio of DOGE lovers apparently were enough to cause the meme-based cryptocurrency to rise four spots on the list of the most valuable cryptocurrencies into seventh place, racing past Bitcoin Cash (11), Chainlink (10), Litecoin (9) and BNB (8). DOGE now has a current market value of $10.8 billion. Pop music star Kevin Jonas also added his support for the cryptocurrency with a Tweeted Saturday evening.

At press time, Jonas had yet to be added to Musk’s Lion King meme, which frankly is a DOGE-gone shame.