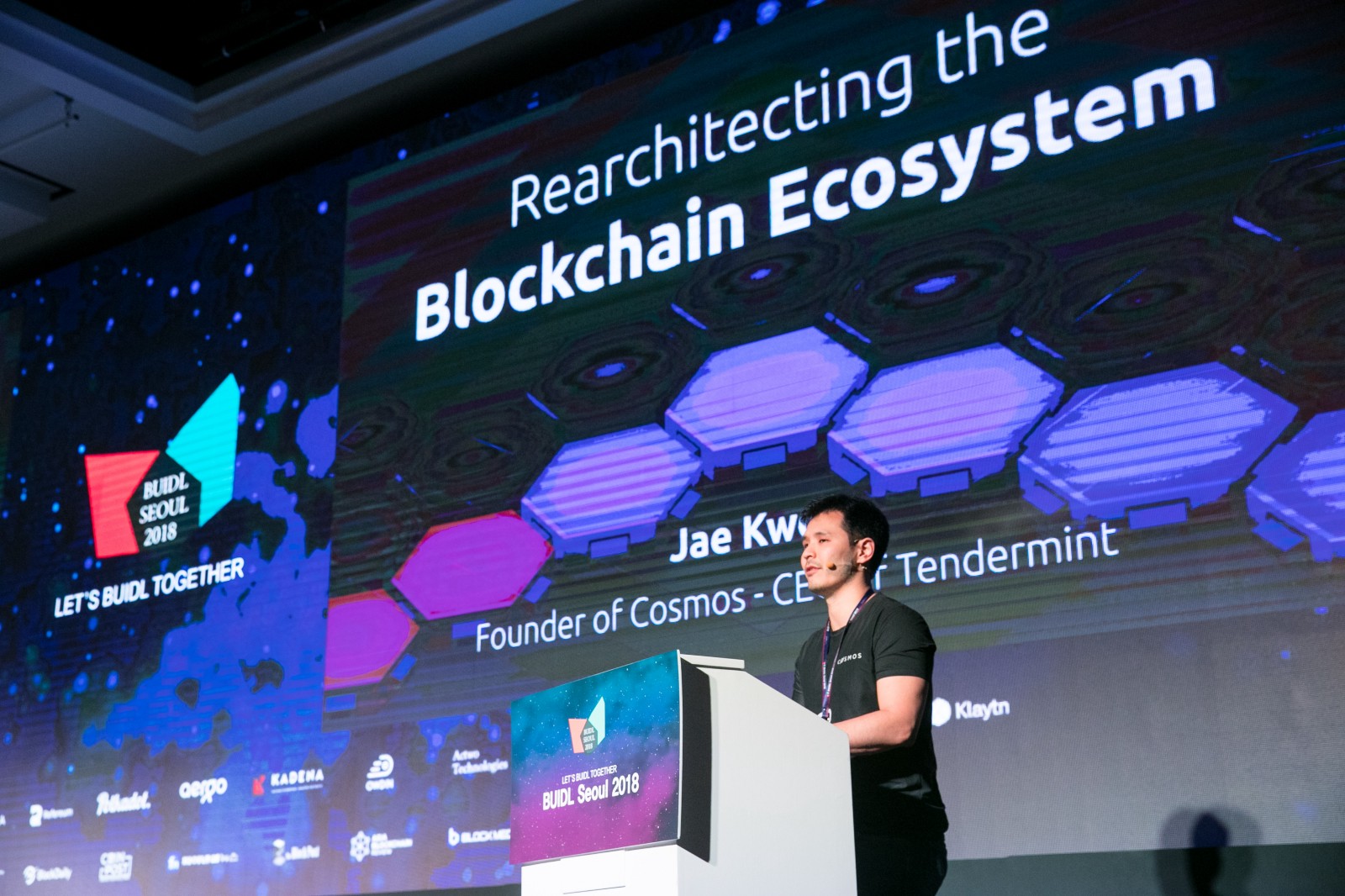 The rags-to-riches legend of Cosmos from 2017 (turning a $17 million token sale into roughly $104 million by 2019) almost came to an end in February 2020 when the interoperability project’s co-founders engaged in a scathing feud.

Jae Kwon accused Zaki Manian of blasphemy, arguing over whether this software was “godly” and demanding that Manian renounce his “self-professed godliness.” (This is a quasi-religious industry, after all. Kwon did not respond to requests for comment by press time.) Many tokens are blatantly tethered to their celebrity creators. Would Cosmos fade into the already expansive graveyard of once-hyped token projects?

Don’t put dirt on that grave just yet.

Manian said it was “pointless to continue with the current corporate structure” at Tendermint, adding the dramatic yet amicable breakup split the founding team into three companies, which may benefit Cosmos.

According to the Interchain Foundation (ICF), the Swiss foundation that shepherds the project’s ICO earnings, Cosmos blockchain technologies were used to “secure” $6 billion worth of assets by July 2020.

The foundation committed nearly $15 million so far in 2020, on 36 grants to software developers like the team at Tendermint. ICF plans to continue ongoing grant evaluations throughout the year.

There’s no denying this initial coin offering (ICO) project from 2017 is still impacting real people and their assets.

Kwon continues to spearhead Tendermint’s work on software development, as does Manian’s startup, Iqlusion, and a few other companies like Althea and Chainsafe. Plus, the non-profit created a startup in Berlin, Interchain GmbH, now staffed by former Tendermint technologists working on the same goals as 2019.

“The whole engineering team working on the consensus algorithm moved over to Interchain GmBH when it started,” said Tess Rinearson, VP of engineering at Interchain GmbH. “The transition was very smooth.”

“Interchain Berlin is perhaps the most focused team on the core infrastructure of Cosmos. At the moment, they don’t have any other business interests,” Manian added. “Other teams are working on Cosmos technology but for specific customers who either have launched Cosmos chains or are planning to.”

For example, Iqlusion generates revenue by running Cosmos validators and also offering software development services unrelated to the blockchain industry. Kwon is still president of the foundation and CTO at Tendermint, while Cosmos veteran Peng Zhong has taken the reins as Tendermint’s new CEO.

There’s always going to be politics at play when it comes to who gets funding. This is why ICF grant manager Billy Rennekamp said the foundation is actually working with Swiss authorities to structure an external oversight working board.

“That’s going to bring more eyes, hopefully, to who is getting money and why,” Rennekamp said.

Stepping back, the whole reason Cosmos exists is fans believe there will someday be many robust blockchain ecosystems and people will want tools that can work seamlessly across them.

For example, you might have a product or service that, on the backend, uses several smart contracts and crypto assets; like many ingredients in a single gourmet dish.

“The whole idea of blockchains is there should be many paths to access each other,” Rennekamp said.

Read more: ‘One Network, Many Chains’ – The Case for Blockchain Interoperability

It may seem counterintuitive for cypherpunks to seek out even more bureaucracy, but Cosmos fans believe formal governance will keep the project going, regardless of whether any of these particular startups fail.

“Because the mission of the Cosmos ecosystem itself is disparate entities being able to engage and collaborate with each other, it’s a good innovation to spend for us,” Rinearson said, referring to the hassle of coordinating five companies and dozens of stakeholders.

Much like the MakerDAO project, people who own the Cosmos network’s ATOM tokens can vote on how the platform is being built. Each project has different needs. Voting participation among roughly 120 active token-owning validators appears unusually high, with a 55% turnout in the most recent proposal. Manian said this required a significant outreach and coordination effort, which his startup handled so Interchain Berlin could focus on software development.

“It is the first step in the long road towards ATOMs building comparative advantage,” Manian said.

Meanwhile, Polkadot, another interoperability project often uttered in the same breath as Cosmos, is still fundraising with an ongoing token sale and also gearing up for a competing launch in 2020.

The Cosmos community managed to mature beyond a cult of personality without turning founders into martyrs, working together to reduce individual influence over the shared resources.

It remains to be seen whether the project will evolve, despite conflicting interests, into something that attracts user demand beyond niche crypto circles.

This is a business-to-business model, not a crusade to promote ATOMs as a dominant currency. Other types of companies need to want blockchain-related software services in order for any of this to matter. The token project could still fail to find product-market fit, even if the software works and the builders cooperate.

Read more: Proof-of-Stake Chains Team Up to Prove DeFi Is Bigger Than Ethereum

For now, Rinearson said her team is focused on Inter-Blockchain Communication, which should be live and usable on the mainnet by the end of the year. Meanwhile, Manian is rallying the troops to tackle a controversial software update called Stargate.

“The cost is that, unfortunately, it will be a disruptive upgrade for many ecosystem participants, like wallets and exchanges,” Manian said of Stargate, which will make the Cosmos ecosystem more compatible with external tools used across the mainstream tech industry.

“The purpose of the Stargate [participatory governance] process is going to ensure a high degree of ecosystem coordination in the upgrade,” he said.

It may have started in the trendy rush of 2017, but this token project’s story is far from over.

First Mover: After Falling 65% This Year in Bitcoin Terms, Do ‘Stablecoins’ Need a Rebranding?