Ripple fans are getting great news. Coinone Transfer is Coinone’s subsidiary, and it has just introduced Cross which is South Korea’s first blockchain-based remittance app and web service that’sd making use of the technologies developed by Ripple.

Cross provides people from Thailand and the Philipines access to faster and less expensive payment services.

Coinone Transfer used RippleNet and connection s with the Siam Commercial Bank in Thailand and Cebuana Lhuillier in the Philippines in order to release the service.

The main focus will be on launching an aggressive regional expansion in the future months.

Ripple made sure to highlight the fact that its very advanced blockchain-based tech sets Cross apart from other South Korean remittance options because it doesn’t rely on any traditional banking rails.

“Coinone Transfer’s partnership with SCB also will soon offer Cross customers a direct link to PromptPay, which enables any recipient with a bank account in Thailand to receive payments directly and instantly,” Ripple says.

According to CCN’s reports, Cross says about itself that it’s making cross-border transactions as easy as possible.

It advertises a total transaction fee of 1% on its official website, alongside “bulletproof security” for customers. 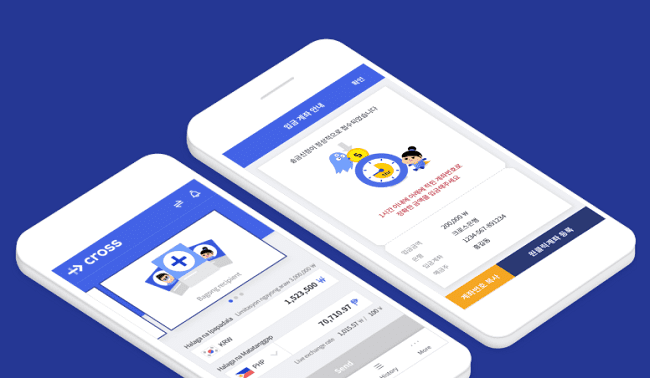 Ripple has been making lots of headlines recently all over the world with its expansion of the RippleNet global payments solution.

The company is a member of an association that’s called Blockchain for Europe which it has created together with other important entities in the field.

The main idea behind this association is to craft smart regulation for blockchain and to become Europe’s voice in the industry.

Ripple has also recently released a new report on extended payment delays and errors in SWIFT which shows the great importance of cryptos, especially XRP and the blockchain technology.

A brand new expose coming from The Guardian explains that SWIFT has always proven to have flaws and that’s what Ripple is trying to address with the help of its products.