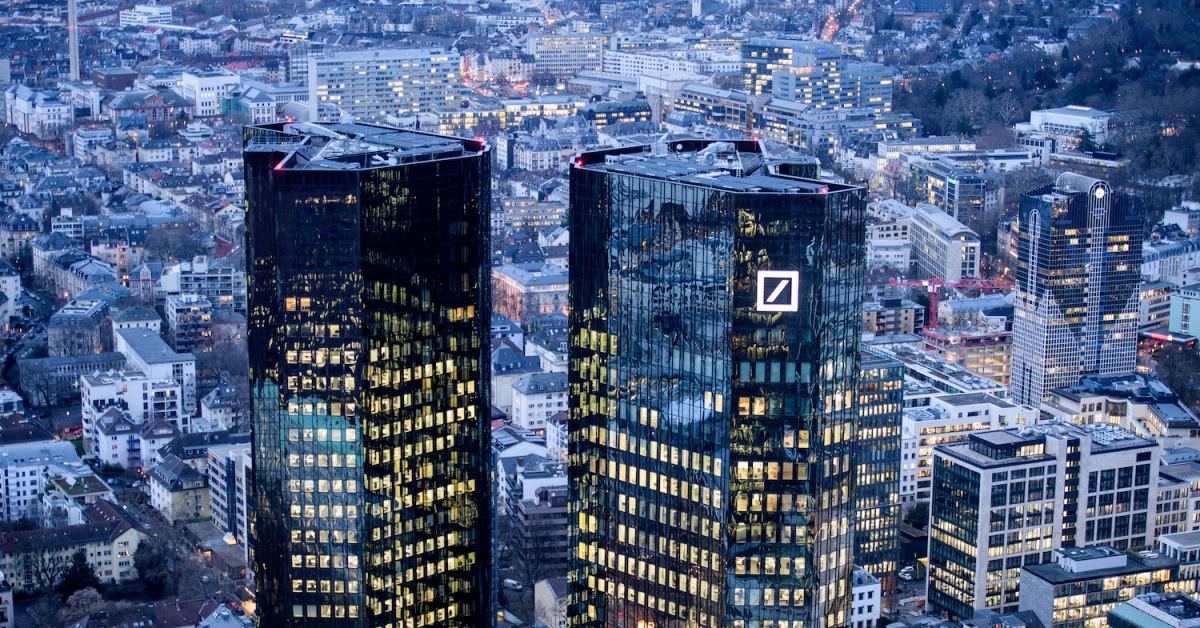 Geopolitical jostling accelerated by large-scale private stablecoin initiatives like libra, plus an added dose of COVID-19, means we are now facing a perfect storm for central bank digital currencies (CBDCs).

Such tectonic shifts are being acknowledged by big players like Deutsche Bank, the latest lender to issue a report on CBDCs and their looming impact.

The report, while quite conservative, recognizes the global financial system is in a state of exponential flux. For example, within only a decade of Bitcoin’s arrival, China has begun testing a CBDC in four major cities.

“The e-RMB and the Belt and Road Initiative would give China a chance to increase the importance of that currency overall,” Gerit Heinz, Deutsche Bank’s chief investment strategist, said in an interview with CoinDesk. “That could also imply some changes in the global reserve system.”

Challenging the marriage of convenience between the global financial system and the U.S. dollar may be the technology’s ultimate impact.

“CBDC has the potential to challenge the primacy of the U.S. dollar,” Heinz said.

It’s perhaps no surprise this potential decoupling is being driven hardest of all by China, the anchor of a region that holds half the world’s foreign exchange reserves, not to mention some of the niftiest digital payments infrastructure.

So what’s Europe’s position in this digital currency cold war? Earlier this month, European Central Bank President Christine Lagarde said at a conference in Germany that Europe has fallen behind the competition when it comes to CBDCs.

A digital euro, which would not replace cash but complement it, is needed to keep Europe at the cutting edge of innovation and to provide an alternative to private digital currency initiatives like libra, Lagarde added in a speech last week.

The CBDC race is being run on uneven ground, however. Deutsche’s Heinz pointed out that in a democratic system, governments would have to take time to explain these developments to their people. “And people would probably want to have a say in this, although probably to varying degrees in different countries,” he said, adding:

“In Europe, I would expect a lot of discussions about this. The euro introduced as a currency decades ago has triggered a lot of discussions. So CBDC in a euro system of different countries would, of course, imply much more discussion than in a bigger, more centralized country like China.”

Stepping back, the Deutsche Bank report reminds us that changes to the dominant global reserve currency are a historical recurrence. “The pound was more important in the past and then the dollar took over; the petro-dollar and the fact that commodities are traded in dollars is one reason,” said Heinz.

“I think that in the CBDC story, there is potentially an evolution to a more distributed version of that power, something that looks more like a global consortium rather than being overly centered around any one country or economic bloc,” said Hoosenally. “If that also leads to more harmonization of regulation and technology standards, that could bring huge financial and social benefits by making the system much more efficient.”

As such, CBDC could be the next front in a technology-based cold war, which has included things like the Google tax, and in which regard it’s not at all surprising to find that Europe appears to be more outraged than anyone over Facebook’s libra plans.

(It’s also interesting to note that Europe’s broad proposals for its digital finance future, which include a framework for the regulation of all digital assets, also aims at gaining some kind of oversight of U.S. cloud providers like Amazon Web Services, Microsoft Azure, Google Cloud Platform and IBM Cloud.)

On the banking side of things, there are some who even see CBDC as a possible revenge catalyst for putatively protectionist policies introduced by the U.S. post-2008.

“I’m not sure I would call it a ‘war’ or a ‘battle’ because I think really what central banks are doing is responding to what’s going on in the economy,” said Gary Smith, founder of Sovereign Focus, a consultancy based in London.

However, Smith did refer to the arrangement regarding America and Europe, as well as many other places as something of a loveless marriage, citing as an example U.S.-imposed sanctions on Iran.

“The U.S. walked away from the Iran agreement. Europe hasn’t and would like to do some trade with Iran, but they are being bullied by the U.S. Treasury,” said Smith. “So having an alternative payment system that Europe can use without falling foul of the U.S. Treasury is something that probably has some appeal.”

Also last week, the International Association of Trusted Blockchain Applications (INATBA), a trade association with close ties to the European Commission, showed its support for the creation of a level playing field for digital assets in Europe, by stating in a blog post:

“Europe is not just carving out its own place in the ‘tech cold war.’ It is seeking to rise above it with a cunning strategy.”

The situation regarding CBDCs on the global stage is not about being anti-American, or anti-Chinese, said Marc Taverner, INATBA’s executive director.

“What we are seeing is the tectonic plates shifting and a great opportunity around digital currencies and DLT,” Taverner said. “What Europe is aiming at is to be is a place for innovation.”