Ripple and their digital asset XRP have been in the spotlight throughout all the year even if the crypto market has been almost completely embraced by a lingering bearish trend.

Both XRP and the company behind it have been controversial entities due to various reasons, but this did not stop the company from developing notable partnerships and significant achievements and developments.

Here are just a few reasons for which XRP managed to become the main rival of Bitcoin.

1. Binance took the big step and added XRP as a base pair

Ripple’s XRP great performance throughout the year and the latest September bull run might have definitely contributed to the decision of Changpeng Zhao to add the coin as a base pair on Binance.

The Ripple community has been trying really hard to convince Binance CEO to take this step, and their efforts combined with Ripple’s achievements seem to pay off.

“Binance will add TRX/XRP and XZC/XRP trading pairs with XRP as the quote asset into the new Combined ALTS Trading Market (ALTS) at 2018/12/24 11:00 AM  (UTC),” Zhao recently announced.

The achievement is important because it will lead to the fact that the whole crypto market can finally be more diverse.

This will also trigger an increase in the trading volume of XRP because there will definitely be more buyers and sellers.

We will be adding a couple trading pairs with XRP as the quote currency shortly.

And rename ETH markets to ALTS market. Running out of space on the UI.

2. Bitcoin could eventually faze out

At the moment, Bitcoin’s stake in the market is under threat and this became more visible after Ethereum was eliminated from the second spot by XRP. The latter is definitely set to have a long battle with BTC.

We’ve recently covered this subject a lot of times and the conclusion is always the same.

Via Ripple’s products, people can benefit from fast and cheap cross-border transactions, much faster and cheaper than what Bitcoin can do. 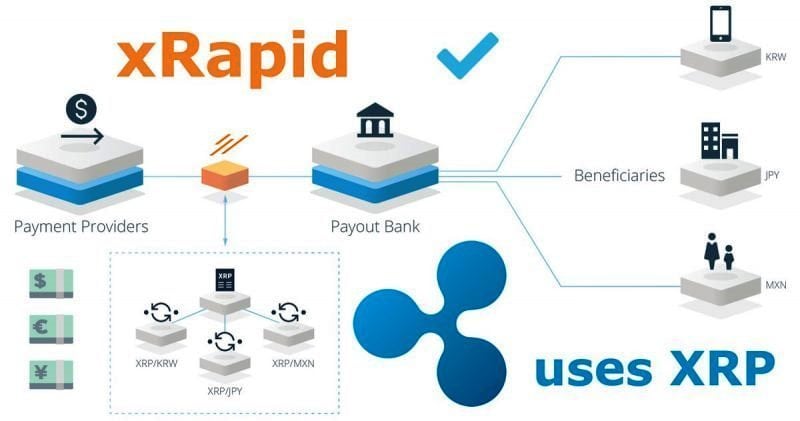 The chief market strategist at Ripple Labs, Cory Johnson has recently made the bold claim that the Bitcoin network eventually reached some real technical limitations which include the number of transactions performed per hour or minute.

We have a remarkable community in #TeamCrypto & we want your input every step of the way for the @paymentsrace!
Our runner @maxmeilleur can only use crypto to get from NYC – Vegas

Which #crypto should his first purchase be in?#BTC #LTC #XRP #ETH #cryptocommunity #cryptotwitter

Cory Johnson basically says that XRP is Bitcoin 2.0 because it’s able to fix the multitude of issues that BTC is dealing with.