San Francisco-based cryptocurrency exchange Kraken has said that the cost of handling government subpoenas is fast becoming a “barrier to entry” in the U.S.

On Saturday, the exchange tweeted an infographic from its “2018 Transparency Report,” indicating that the law enforcement and other inquiries it has received from various government agencies around the world have almost tripled year on year.

“You can see why many businesses choose to block US users,” Kraken said in its tweet. 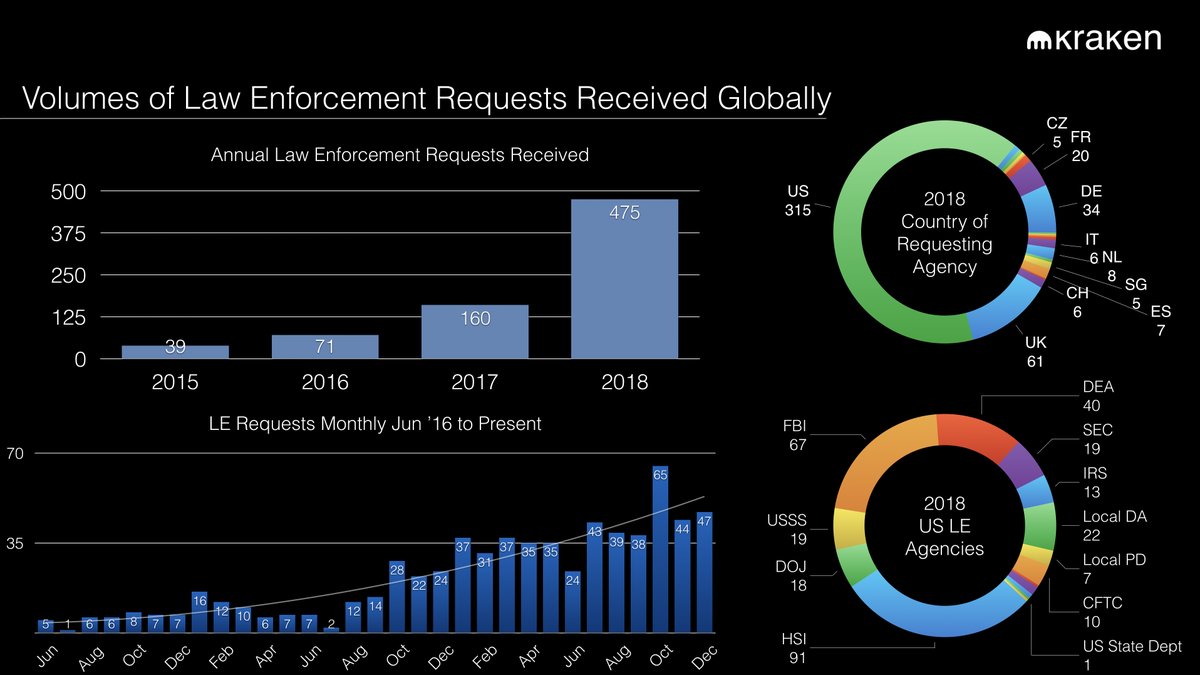 Breaking down the U.S. figures, the agency making highest number of inquiries at Kraken was Homeland Security Investigations (HSI) with 91 subpoenas. That was followed by the FBI with 67 and the Drug Enforcement Administration (DEA) with 40. The SEC and the CFTC made 29 requests combined.

Kraken said in a Twitter thread that it gets requests for “all transactions, which could be petabytes of data when they actually only need the withdrawals from last week for one guy.” Such inquiries are “taxing” on the firm’s resources as they often require a “significant amount of education and back-and-forth,” it said.

When asked why it received more inquiries from the U.S. than other nations, the exchange replied:

“US is about 1/5 of clients but 2/3 of requests. US agencies are much more active and are much less surgical. For many requests, we have no matches. It wouldn’t be surprising to find that the same subpoenas go out to everyone in the hopes that a match will be found.”

The exchange is famously critical of U.S. officialdom. Back in April, Kraken CEO Jesse Powell told CoinDesk that the exchange would not be complying with an inquiry into crypto exchanges launched by the New York Attorney General (NYAG). “I realized that we made the wise decision to get the hell out of New York three years ago and that we can dodge this bullet,” Powell stated at the time.

Later, in September, when the NYAG report was released, finding that many crypto exchanges are vulnerable to market manipulation, Powell further tweeted that “NY is that abusive, controlling ex you broke up with 3 years ago but they keep stalking you…”