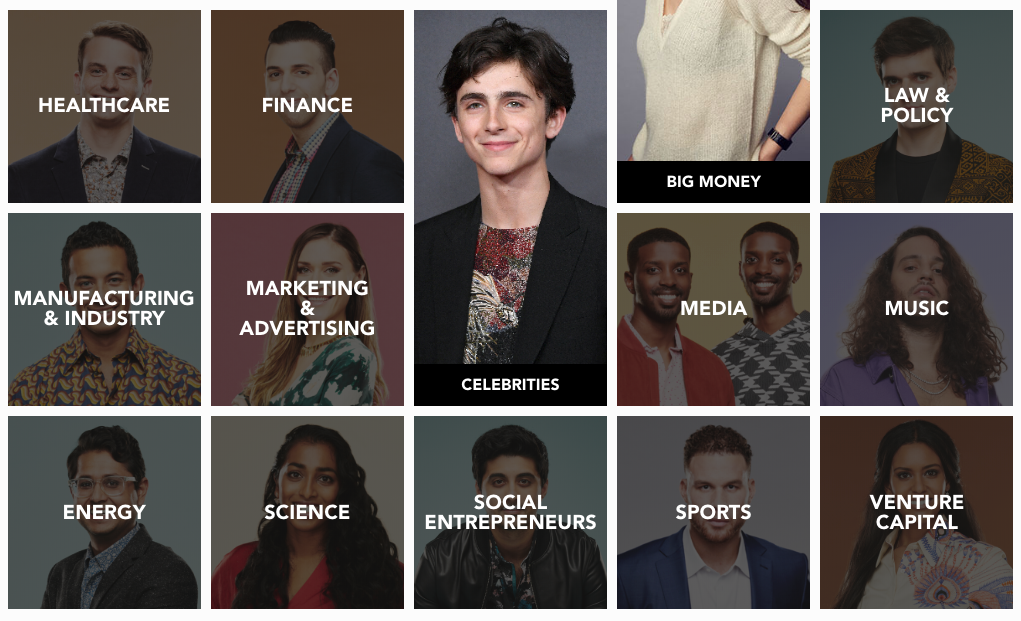 There are plenty of crypto and blockchain projects featured in Forbes’ annual list of young, “brash” businesspeople.

Forbes’ annual 30-under-30 list, which – in its words – picks out the “brashest entrepreneurs across the United States and Canada” features its fair share of blockchain-focused stars this year. Among the 600 names featured, from 20 different fields, you will find several notable names that will perhaps be familiar to the crypto community.

The finance sector features  Olaoluwa Osuntokun, a co-founder of the bitcoin-based Lightning Labs project that is hoping to bring scalability to the headline crypto, increasing its effectiveness for smaller transactions by created off-chain channels between trusted parties that make transactions instant and virtually free.

Also on that part of the list is former Google guy, New Yorker Nader Al-Naji of Intangible Labs. You may recall him as a one of the leads of a firm that famously raised $133 million for its efforts to create an algorithmically controlled stablecoin by the name of Basis.

On a more altruistic note, another Brooklynite JB Rubinovitz makes the Finance 30 for her leading role in Bail Bloc, which uses crowd-based, spare-cycles crypto-mining to fund the bail of people who can’t afford to post their own. While, on a more traditional note, Bitwise Asset Management CEO, Hunter Horsley, is there for raising captial to build cryptocurrency indices user by hedge funds and other financial institutions.

Away from Finance, recent Coinbase acquisition Distributed Systems – and its work on creating an automated identity verification platform that its buyer hopes to integrate into its wallet and other facilities – earns a listing for its co-founders Nikhil Srinivasan and Alex Kern. Another, ostensibly similar, project by the hip name of HYPR earns a spot for George Avetisov.

Earlier in the year, Forbes began tracking the richest names in crypto, as part of an issue that featured Binance main-man  Changpen Zhao  on the cover. Its rich list of  “Freaks, Geeks And Visionaries” who’d profited from from the blockchain tech boom was topped by Ripple co-founder Chris Larsen,with Ethereum co-founder and Consensys founder Joseph Lubin and the Winklevoss twin also high up there. The average age of that list, however, was well above the 30-year threshold – sitting at 42.

Forbes editor Randall Lane struck a note of caution regarding celebrating the blockchain boom too much, however.

“A blockchain-enabled financial system of some kind is here to say,” he said, but “as in the dot-com boom in 1999, some of these crypto billionaires will bust.”