The confidence of even the most ardent bulls has been shaken by crypto’s June side, especially after the chaotic market reaction to US inflation data that was higher than expected, reaching a high not seen since 1981.

In an effort to combat rising inflation, the Federal Reserve raised interest rates by 0.75% on June 15, the largest increase since 1994. Shortly after the move, cryptos and stocks enjoyed a short-lived rally, but markets almost immediately woke up to the reality of the situation, with Bitcoin sinking 9.74% the following day. The flagship cryptocurrency is hovering around the $21K mark at the time of writing, showing faint signs of recovery. Over the past 24 hours, it gained 4.4%.

Both market makers and traders in the crypto space borrow at some point, so the rate hike will have an impact on the industry as it will lower yields.

The crypto bull’s pain was also exacerbated by liquidity problems at crypto lending platform Celsius, which left 1.7 million of its customers unable to redeem their assets. The native token of cryptocurrency lending platform Celsius (CEL) fell by about 50% on June 13, 2022, after the project suspended withdrawals citing extreme market conditions. Celsius’ decision may have been sparked by losses on high-risk DeFi instruments, and especially on collateralized synthetic assets. Actually, the platform can no longer generate sufficient revenue to pay out income to clients – a classic liquidity crisis.

It’s noteworthy that Celsius sent roughly 104,000 ETH and 9,500 WBTC to FTX shortly before the announcement.

Considering the Terra & UST collapse in May, this constitutes a further concern of systemic risk, and an investigation like that being conducted by the SEC into Do Kwon’s case might follow. Additionally, it remains to be seen whether Terra’s woes were caused in part by Celsius Network’s actions since it was one of the whale holders in the Terra ecosystem who pulled about $500 million of funds from the Anchor lending protocol and as Nansen researcher puts it “significantly impacted the UST de-peg”.

The difficulties with Celsius could translate into greater crypto troubles in the near future as we dig deeper into the issue. It has to do with the upcoming Ethereum network upgrade, dubbed the Merge, since the key triggering factor for Celsius’ suspension is the de-peg of staked Ether (stETH), a token that promises to be redeemable for exactly 1 ETH after the upgrade. In exchange for their Ether, users lock up stETH, which they can then lend or trade on other platforms until the protocol is fully upgraded. A wallet identified as belonging to Celsius by Nansen currently holds more than $400 million in stETH.

The value of StETH was lower than Ether by 1.25% over the past week and 4.69% month to month. The longer it stays below Ether the more panic investors feel. The Merge has consistently been delayed meaning there is no clear timeline as to when this could be resolved. It could take three to nine months for the upgrade to be completed, and it might take more months before stETH can be effectively redeemed for ETH 2.0.

However, these aren’t necessarily doomsday predictions. There are crypto lending platforms that continue to exist and successfully conduct business. When you keep a cool head and make rational decisions, even a bear market can be beneficial. Though it may not make you happy right now, the bear market is an opportunity to earn your future wealth.

Web3 Coins that Outperformed Despite the Market Selloff

It is likely that you are curious as to which coins will survive a bear market. Nobody knows for sure. Long story short, there are several factors that can help us identify which ones could come out stronger than before. A crucial factor to look at is what sectors receive good investments, and from current reports we can see that the sector is Web 3. A fund launched by Binance earlier this month will invest in Web3 projects, and Solana committed up to $100 million to NFT and DeFi projects.

Helium‘s mainnet connects low-powered wireless devices to its network of nodes, which has around 850,000 active nodes across the world. Nodes come in the form of so-called Hotspots, combining a wireless gateway and a blockchain mining device. Operators of Helium nodes mine and earn HNT, Helium’s native cryptocurrency token. Helium is aimed at preparing IoT communication for the future and to identify shortcomings in the existing infrastructure. Neo Labs, a newly-renamed startup that represents Helium’s founders, unveiled two new tokens: MOBILE and IOT in the latest move that will help expand Helium’s 5G connectivity offerings. 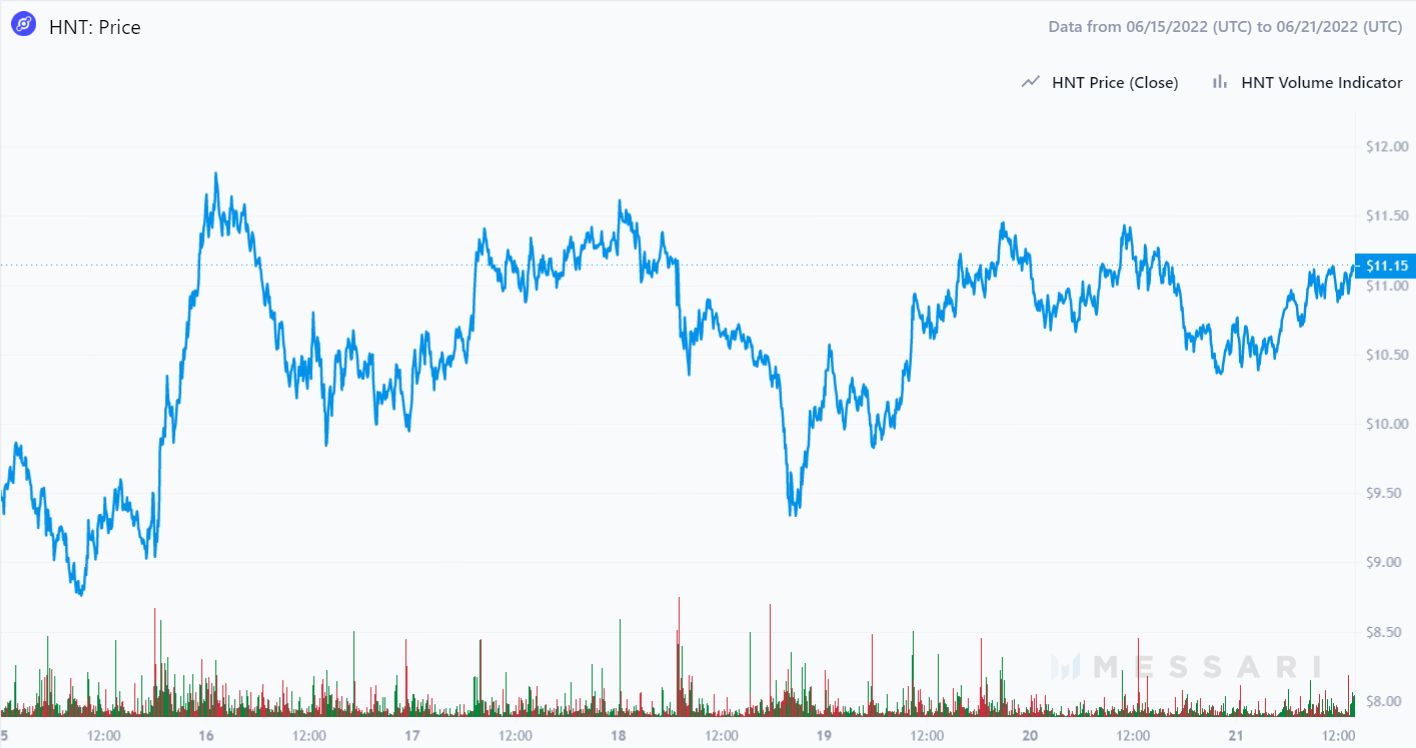 Marlin, developed by the same developers behind Zilliqa, provides high-performance programmable network infrastructure that is designed for DeFi and Web 3.0 applications. Metanodes, nodes in the Marlin network, run the MarlinVM, a virtual router interface that allows developers to create custom overlays and perform edge computations. Its goal is to provide a decentralized web consisting of applications secured via the blockchain that are essentially indistinguishable from applications that are used in Web 2.0 environments. Developers with experience at Facebook, Cisco, and Bosch work on the project. Former researchers at Ethereum Foundation also contribute.

Since getting included in Coinbase’s asset list, the POND token has gained momentum and is currently trading at $0.0118, up 22.1% for the past week and up 14.8% for the past month. It has a market capitalization of $45.95 million. 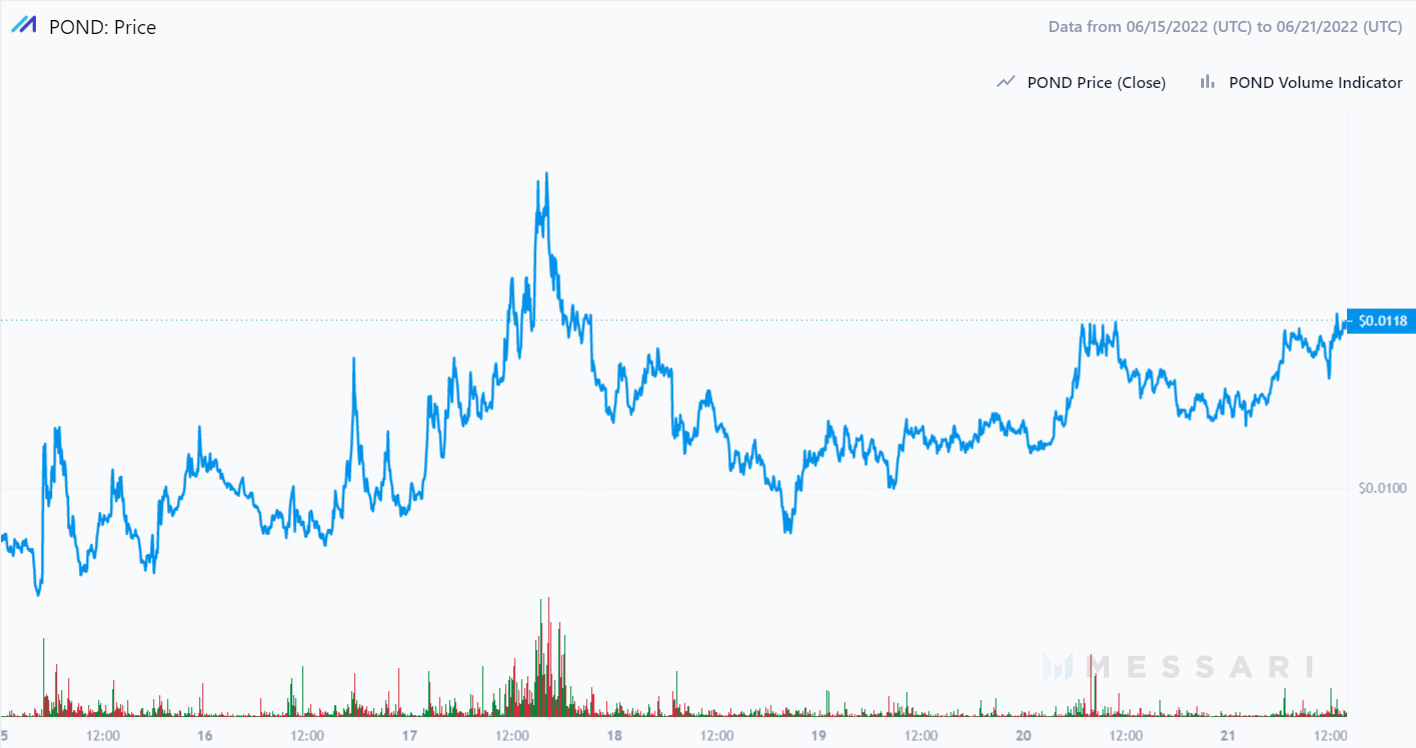 Vega Protocol implements the derivatives scaling layer for Web3. It’s a custom-built proof-of-stake blockchain that allows traders to trade derivatives on a decentralized network with a similar experience to using a centralized exchange. 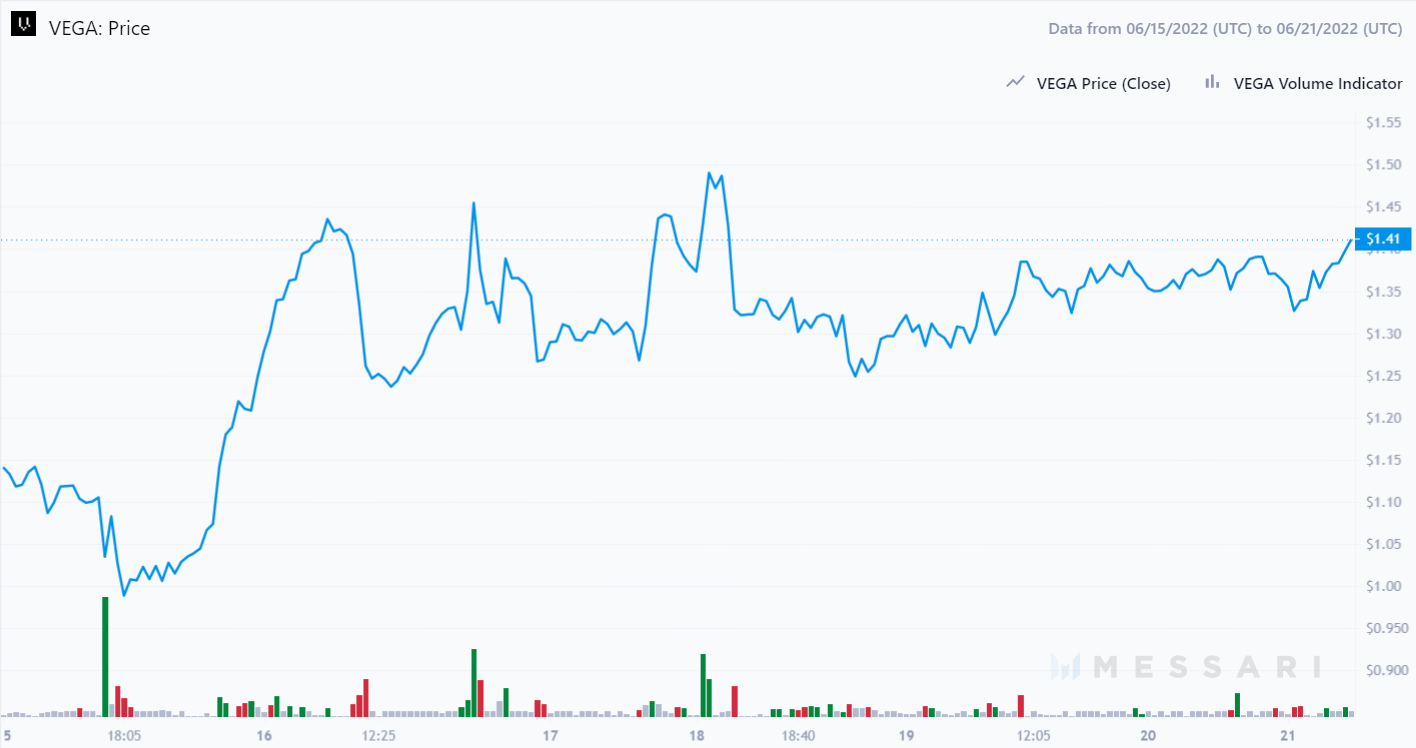 This article should not be viewed as investment advice. Do not risk your life savings. If you decide to invest, make sure you do your due diligence and don’t invest more than you can afford to lose.

This article first appeared in Cointelegraph.