Bitcoin (BTC) has been experiencing a headwind, facing a downtrend since the Chinese authorities intensified their crackdown on crypto mining. 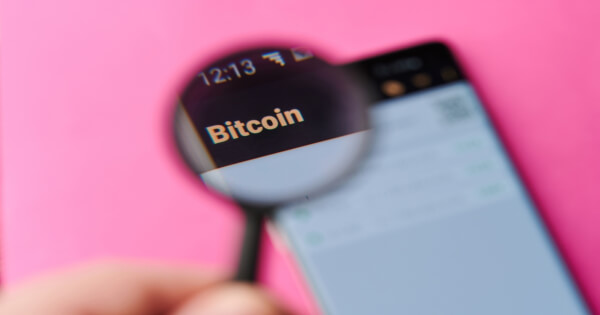 The leading cryptocurrency was down by 9.02% over the last seven days to hit $34,284 during intraday trading, according to CoinMarketCap.

IntoTheBlock believes that Bitcoin has to breach the $37,000 level because it is a significant milestone on its journey towards $40,000. The data science firm explained:

“Strong resistance ahead for BTC on its path towards $40K. The IOMAP reveals 3 key levels of resistance, the biggest located at the highly contested $37K mark, with 942K addresses holding 427K BTC. A $40K Bitcoin breakout would probably lead the rest of the crypto markets along.”

IntoTheBlock also stated a surge past the $40,000 level would be instrumental in triggering an upward momentum in the crypto market.

“Total market capitalization for crypto has to break through $1.425 trillion, and then the next area can be tested at $1.75 trillion.” 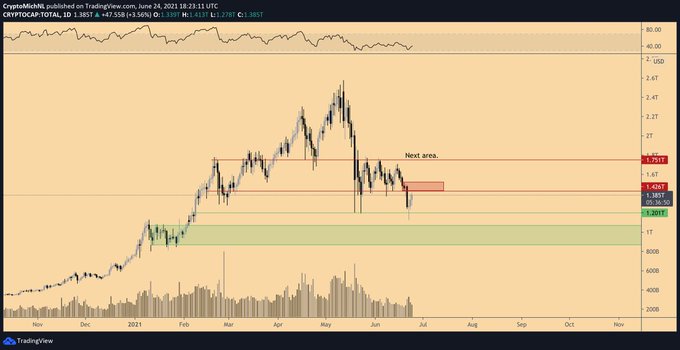 The total crypto market cap stands at $1.36 trillion, representing a 1.73% increase in the last 24 hours, according to CoinMarketCap.

Bitcoin supply is drying up

According to Yann & Jan, Glassnode co-founders, BTC supply is drying up again based on the Liquid Supply Change indicator, which is bullish. 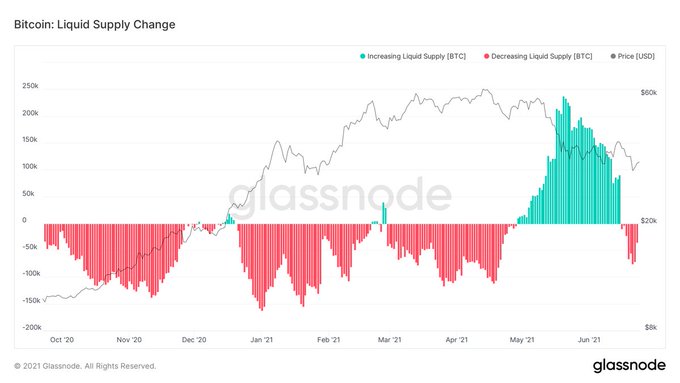 On the other hand, Bitcoin mining might become more accessible and more lucrative after China’s crackdown. Given that more Bitcoin miners are going offline, other miners’ share of the network is expected to increase, potentially making mining much more profitable.

Meanwhile, El Salvador’s President Nayib Bukele announced that his government would give a cash handout by offering $30 in Bitcoin to the public.

This move aims to attract and stimulate the widespread use of Bitcoin in El Salvador after the top cryptocurrency became a legal tender in the country.

Jim Cramer Sold Most of His Bitcoin Holdings but Willing to Buy Again If Prices Fall to Near $10,000

The Number of Bitcoin Addresses Holding At Least 1,000 BTC Hit a Monthly Low