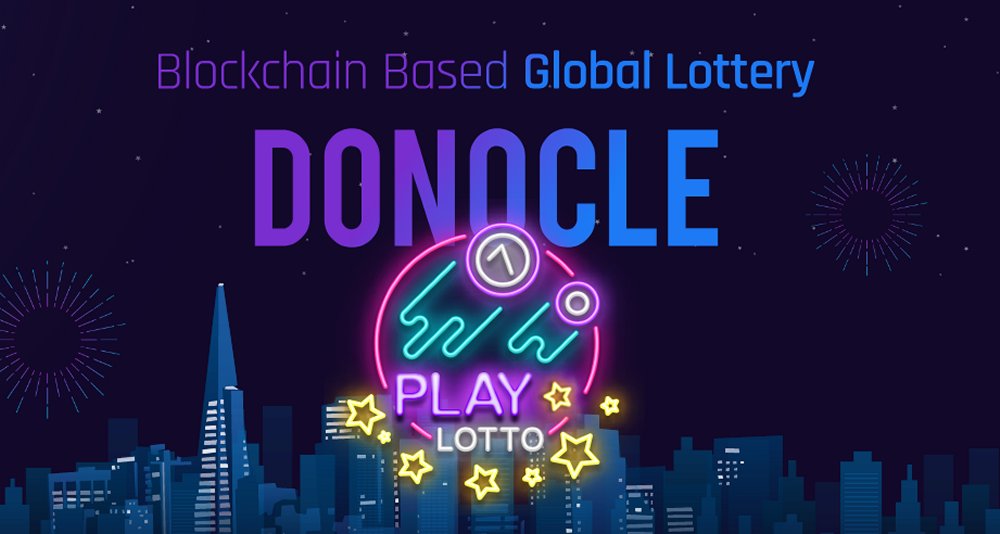 The National Lottery has a blockchain-based new rival…

People have been participating in lotteries for a long period of time. But, challenges like lack of reliability, high commission charges, slow processing and such like, don’t allow players to harness the maximum benefits out of the system. An answer to those problems may just have presented itself, though.

The blockchain-based solution, Donocle, promises to make lottery systems more credible, as the platform relies on fair play. Participants can use 50 different types of coins and tokens in this project. Donocle has adopted the Open Data Flow technology and allows players to track the real-time transfer of goods and money.

It addresses one complaint of lottery players, specifically the lack of transparency in several centralized lottery platforms. High commission charges also make up for another reason why many new players refrain from the system. However, Donocle argues it ensures that the lottery process is transparent and fair while charging a low commission that goes to the Donocle Foundation. It has an easy interface where players from all parts of the world can participate by buying tokens. Each player is given a six-digit unique number generated by the BTC counter. All participants are informed of the sale number, price of the sale and the number of coins issued. These figures are updated regularly by the platform as the sale progress forward.

The Core team uses the Donation Global Blockchain Lottery System (DGBLS) for its underpinning technology, which is integrated with the Global Lottery System (GLOS), a system used by various sports operators. The platform is lightweight, easy to use, and inexpensive as it uses the Blockchain Hash Algorithm. The DGBLS rides the Blockchain Donation Direct Transfer System (BDDTS) to ensure a safe transfer of funds to the beneficiaries.

Buyers of the coins wanting to play the lottery on the Donocle platform should look out DDL coins. A total of 600,000,000 will be issued. There’s still no guarantee you’re going to win, of course. There’s therefore at least one complaint from lottery players that the system doesn’t address…!