As Bitcoin (BTC) continued to consolidate, Ethereum (ETH) gained momentum and breached the psychological price of $2,100. Ethereum has been surged by 12.47% in the last 24 hours to hit $2,130 during intraday trading, according to CoinMarketCap. 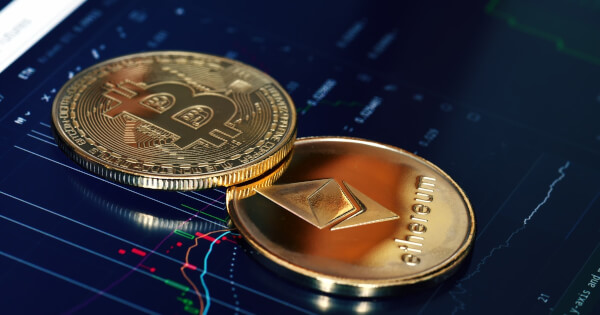 As a result, ETH made history by surpassing Bitcoin’s daily active addresses, as acknowledged by Santiment. The crypto analytic firm explained:

“On a day that saw history be made with Ethereum surpassing Bitcoin in daily active addresses for the first time, altcoins came to play. KSM, COMP, and ZIL were among many projects to make an imprint on the markets, while BTC ranged around $34.5K.” 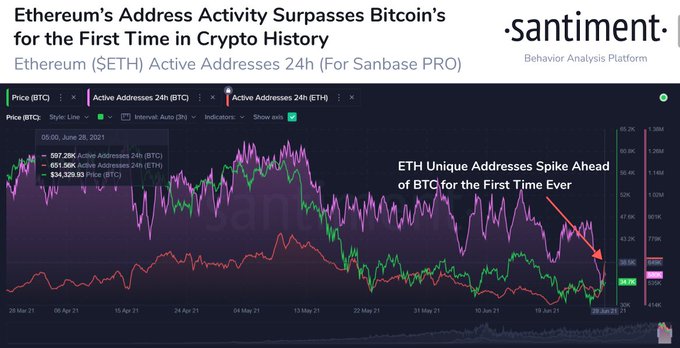 Ethereum’s daily active addresses shot up to 649,000, whereas those of Bitcoin stood at 580,000. Santiment also noted that other altcoins like Zilliqa (ZIL), Compound (COMP), and Kusama (KSM) performed well.

Meanwhile, Bitcoin’s average trader returns recently sank to a 14-month low as FOMO (fear of missing out), bottom-selling, and top-buying became prevalent. This has been the opposite of profitable traders because they usually buy the low and sell the high.

Is Ethereum staring at a continuation towards a breakout?

“Ethereum is showing some strength here in which it’s currently facing a critical resistance zone. Not an area I’d be looking for longs. The aggressive play would be some short-term consolidation with support at $1,985-2,015. If that happens continuation towards a breakout.” 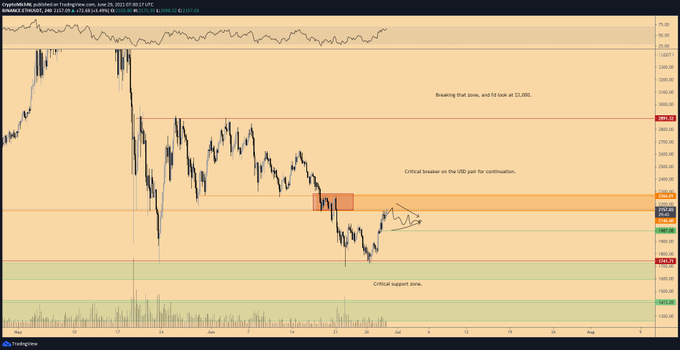 “Ethereum holds a crucial support zone, but should still break through $2,150-2,250. If that happens, then I’m starting to target the other side of the range at $2,900-3,000. Good part; BTC pair is waking up on ETH, (whereas) other altcoins most likely going to follow suit.”

It, therefore, remains to be observed whether this is the start of Ethereum’s much-needed momentum following the recent market crash.