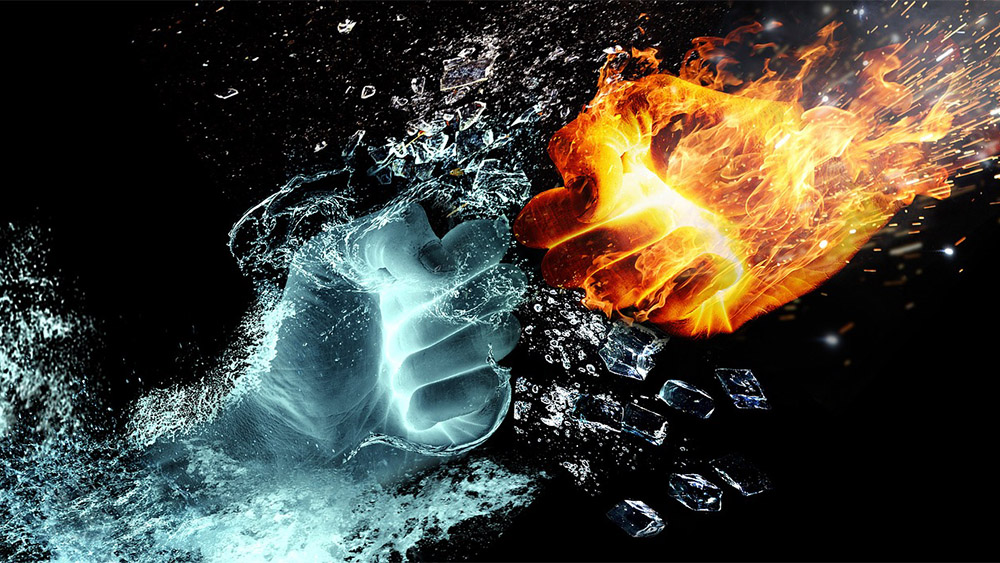 The main driving force behind the acrimonious Bitcoin Cash fork, due tomorrow, has threatened to crash the price of Bitcoin with a sell-off to fund his ‘Satoshi’s Vision’ project.

Craig Wright, the man who – to the derision of many in the crypto community – claims to be the real Satoshi Nakamoto and pseudonymous creator of Bitcoin, has threatened to crash the price of ‘his’ headline cryptocurrency if miners support the Bitcoin Cash ABC project in the upcoming fork.

Tweeting ahead of the increasingly acrimonious split of the Bitcoin Cash protocol – itself a fork of the ‘core’ Bitcoin blockchain from August of 2017 – due tomorrow evening (c.5pm UET, 15th Nov 2018), Wright warned Bitcoin miners that, should they to show support for the Roger Ver/Jihan Wu (Bitmain)-backed Bitcoin Cash ABC (BCH) over his Bitcoin Satoshi’s Vision (BSV) project, he would be look to fund his side of any ensuing ‘hash war’ battle by selling off bitcoins. A lot of bitcoins, apparently.

To all BTC miners…

If you switch to mine BCH, we may need to fund this with BTC, if we do, we sell for USD and, well… we think BTC market has no room… it tanks.

Think about it. We will sell A Lot!

Consider that….
And, have a nice day

(BTC to 1000 does not phase me) pic.twitter.com/oUScEahtWc

With the market for Bitcoin already suffering heavy losses in the last few hours, sending the price of Bitcoin down below the psychologically important $6,000 level again for the third time since June, this is not what those heavily invested in cryptocurrency want to hear. However, the warning that Wright is willing – and allegedly able – to crash the price of Bitcoin in pursuit of his vision of what Bitcoin Cash should be, is just the latest instalment of a war-of-words that has taken place of late between the two sides of an increasingly deep schism.

On the one side, there’s a group (Bitcoin ABC – which is generally being seen as the incumbent, and will retain the BCH acronym) that wants to add features to the Bitcoin Cash protocol in the upcoming, regularly scheduled, update – they happen to the BCH protocol around every six months, but haven’t previously caused problems (we spoke about the last one, here).

On the other side, is Wright – who wants to keep Bitcoin Cash essentially the same as it is currently, and potentially roll it back to be closer to the original Bitcoin protocol, without any of the big proposed changes (some of which he alleges makes the cryptocurrency, ‘illegal’). His major change, though, would be to mine larger blocks – and then increasing the potential scale of the network by growing that block size later, maybe even removing the limit altogether eventually.

Larger block mining, however, is seen as benefitting better-equipped, better-funded mining concerns – and as a contributory factor to ultimately centralising a network in the hands of larger business concerns.

The schism grew out of Bitcoin ABC announcing plans to go ahead with its update – whereupon Wright’s own company, nChain, soon came up with its own version of Bitcoin Cash as a counter proposal (dubbed ‘Satoshi’s Vision’, BCH SV or BSV), alongside a third (Bitcoin Unlimited) that looks to accommodate both sides of the fight. With no consensus to be found across the community, a split in the chain has since seemed increasingly inevitable between the two most vociferous factions, and now seems certain as different interest groups have picked which side they back.

Unsurprisingly, White is backed by large mining concerns – the Roger Ayres-funded mining group CoinGeek. On the ABC side, though, stands Jihan Wu – one of the two founders of Bitmain, a creator of mining hardware and the company behind another large miner, Antpool. Those miners on the SV side, though, could give it the edge.

Wright’s tweet could be seen as an coded warning to Bitmain’s shareholders and management not to let Antpool throw resources into supporting Bitcoin ABC in any ‘Hash War’ between the two sides. It is definitely a warning to all that Wright is willing to try to bring the whole house down and build on the rubble in order to kill off Bitcoin ABC.

So what’s a ‘Hash War’? It’s basically where competing mining concerns duke it out for control of a given blockchain.

You see, despite the fact that most of the major implementations of the Bitcoin Cash protocol – think network nodes, wallets like Coinbase and BTC.com, payment services like BitPay, exchanges – are philosophically supporting the roadmap of Bitcoin Cash ABC over that of Bitcoin SV, it is possible for the side of the argument that has the majority of the processing power dedicated to mining the Proof of Work coins to effectively kill off the other side of the chain split.

Currently, thanks to Coingeek and some other mining allies – remember what we said about larger blocks benefitting bigger miners – Bitcoin SV seems to have possession of the majority of the Bitcoin Cash Hash Power (the raw processor power used to mine blocks). Should it use that power to mine empty blocks on the Bitcoin ABC chain rather than its own, it could essentially stop transactions and render its opponent useless via a 51%-style attack. Thus, all the support in the world will offer no real support under the growing weight of the invalid transactions.

This has been a consistent threat from Wright since it became obvious that the Bitcoin Cash community wouldn’t fall in line with ‘Satoshi’s Vision’. What’s more, despite the fact that such a war could potentially kill off interest in both coins, Wright seems committed to a long and arduous battle – presumably in the hope that his opponents aren’t, and that eventually everyone will fall into line.

What’s more, recent figures seem to show that the SV side is coming out on top in the hash battle.

This is sustained hash rate that will not leave, will not go if the price drops. It is more than 51% of the network, day in, day out.

Our allies in @svpoolmining know that they are winning, as they see the long term. Day in, day out, we will mine until we win. pic.twitter.com/FlJaEJ69u6

Should it come to this, throwing the kind of mining power required to attempt to win such a battle would cost a lot of money – hence Wright’s threat to sell off bitcoins to fund it. That would be doubly the case if unconfirmed reports saying Antpool is preparing to bring significant amounts of extra mining power online to meet his challenge prove to be true. What we do know from its recent IPO documents, is that Bitmain is a major holder of BCH and supporter of the Bitcoin Cash ecosystem, and thus it would be in its interests to protect the version of the currency it sees as being the best for its interests – which is not Wright’s version, judging by Jihan Wu’s stance.

There are other avenues of protection open to ABC, too – such as a change to its algorithm or other protocol changes. While these have been discussed, tactics are being kept close to chests, understandably so.

The other big supporter of Bitcoin ABC, Roger Ver – the man sometimes referred to as ‘Bitcoin Jesus’ for his role in promoting cryptocurrency over the last five-or-so years – seems to have been taken aback somewhat by the hostility of the dispute. Last week, he took to what he described as a ‘stream of consciousness’ livestream to relate tales of a hostile email attack from Wright, how he had been ‘fooled’ by his now-foe’s claims to be Satoshi Nakamoto, and why he believes his implementation of Bitcoin Cash is the right one.

In doing so, he cut something of a frustrated figure, rather than someone spoiling for a fight.

Wright, however, seems to be in exactly that frame of mind.

For all of we mere mortals, there’s little we can do but sit back and watch it all unfold.

By the end of it, we’ll either have two coins, one surviving coin, or no coins – should the whole thing become a farce and kill confidence in Bitcoin Cash altogether. The most worrying potential outcome is a long Cold War, with the whole crypto ecosystem being damaged by an unseemly battle for control of what should be a decentralised network. Should White, Ver and Wu really have the collective bitcoin bags to crash the price to fund their feud? Well, that’s a worse case scenario it would take a long time to come back from.

Most exchanges are shutting down trading in Bitcoin Cash while things sort themselves out, and to avoid the kind of double spend problems that cost some of them money during the Ethereum/Ethereum Classic split. It will remain to be seen how it all plays out – and whether all this bluster is just that, or whether there is really a storm coming.