Are These Top 5 Crypto Losers Just Struggling to Recover or Doomed to Fail?

The crypto market is currently trapped because it moves in lockstep with debt-based and risky equity markets. A correlation this strong and a stock market that isn’t looking hot at the moment are to blame for the current weakness in crypto markets.

Even though there is a counter-narrative based on the reality of decentralized digital networks, the crypto market mimics the movements of the stock market and is under the same pressure. Those factors include inflation, fear of the recession, rising commodities prices, the Fed’s aggressive policy, and the conflict in Ukraine – all of which keep people away from risky investments.

Long-term prospects do, however, look bright for crypto. Global financial architecture based on Petro/Eurodollar is crumbling due to the current war, leading the Global South to rely on gold and eventually Bitcoin. Bitmex founder Arthur Hayes even predicted that Bitcoin and gold will reach $1 million and $10,000, respectively, within three to five years.

The bullish forecast may be encouraging, but we live in the present with crypto closely following key stock indices, and those are not looking great. Fear and uncertainty lead to people making fewer risky purchases, saving more and spending less. So things may get tough in the near future for crypto.

Here are the 5 top losers of the past 30 days – coins and tokens with a market cap of at least 1 million that have fallen more than 50%. 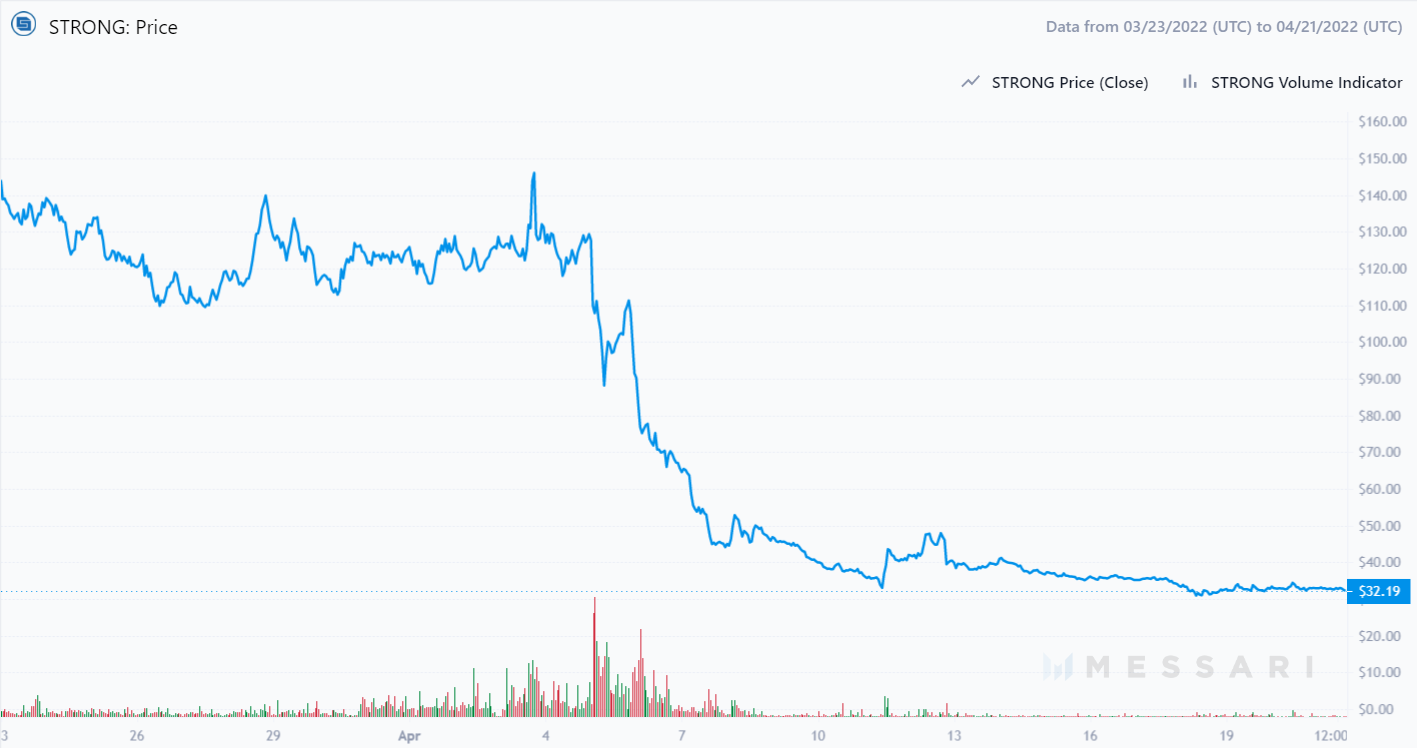 StrongBlock’s mission is to create a world where users support dozens of protocols and millions of nodes. In other words, it’s a node-as-a-service tool that allows people without technical experience to participate in securing blockchains. StrongBlock’s automated processes allow users to keep their nodes online without needing to bother with coding or running their own server. This fixes current node issues like out-of-date software, downtimes, and incomplete blockchain histories.

StrongBlock became the first and only blockchain-agnostic protocol to reward its users for running nodes by solving one of the biggest problems that new blockchains face. StrongBlock supports hundreds of nodes built for Polygon, Ethereum and Sentinel currently

Since the platform hasn’t gained traction with retail investors, its value is expected to stay low in the short and medium term. Using DAO governance and rewarding the community appropriately is the best way to embrace blockchain, according to the project. In theory, this idea works well, but retail investors may not fully grasp it. The situation might change when they are listed on major crypto exchanges. This indicates that it has good prospects in the long run. 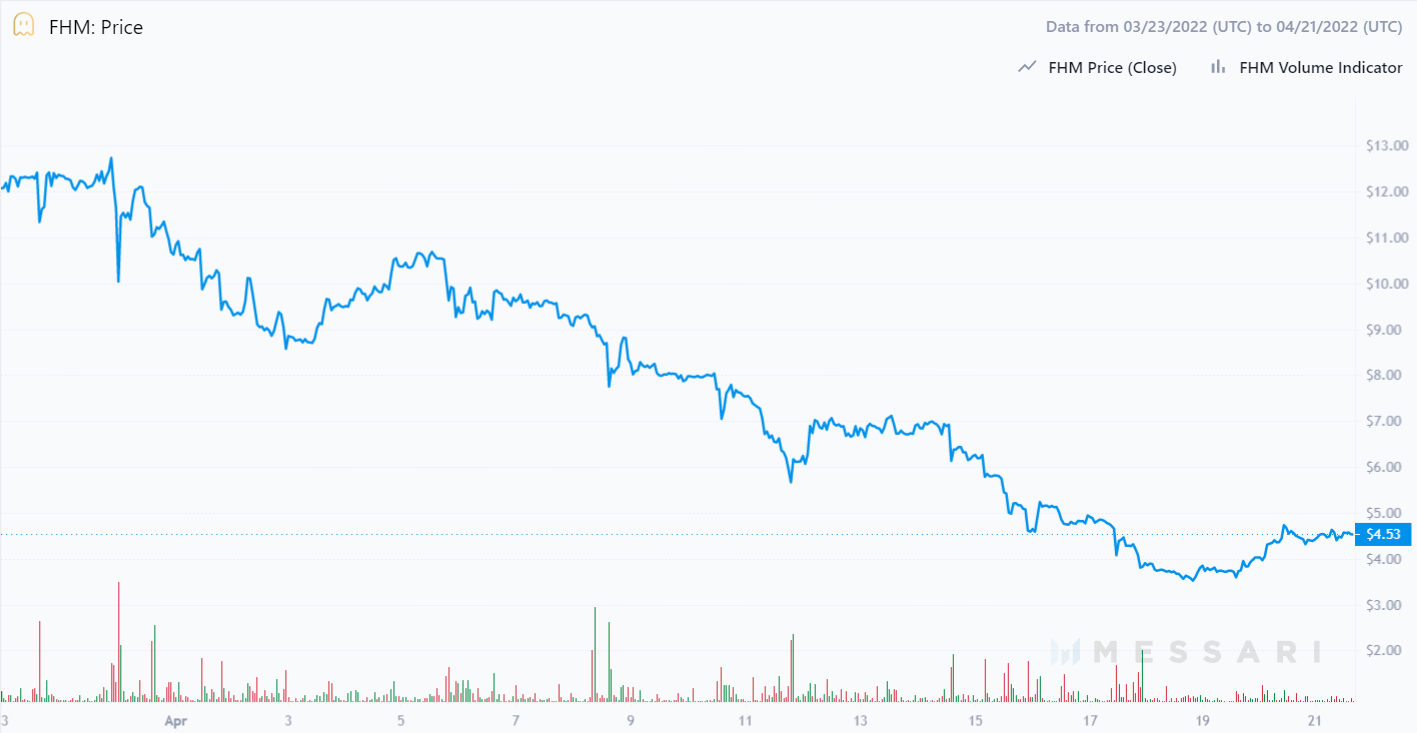 Fantom (FHM), an offshoot of Fantom (FTM), is a rebase token backed by a basket of real decentralized assets in the Fantohm Treasury so that it can never fall below the intrinsic value of the assets. The protocol provides strong incentives for investors through staking and bonding. The project aims to act as a global unit-of-account and currency exchange medium.

The project team claims FHM is a great asset for boosting a fluctuating portfolio. However, it has limited utility outside of that. In order to solve this issue, FantOHM designed USDB as a stablecoin created every time an FHM token is burnt.

FHM token’s value plummeted to a record low of $3.72 on April 18, dropping 99.4% from its ATH. It lost 62.4% of its value on a month-on-month basis. We can see that it is vulnerable to extreme volatility, contrary to what the project claims. 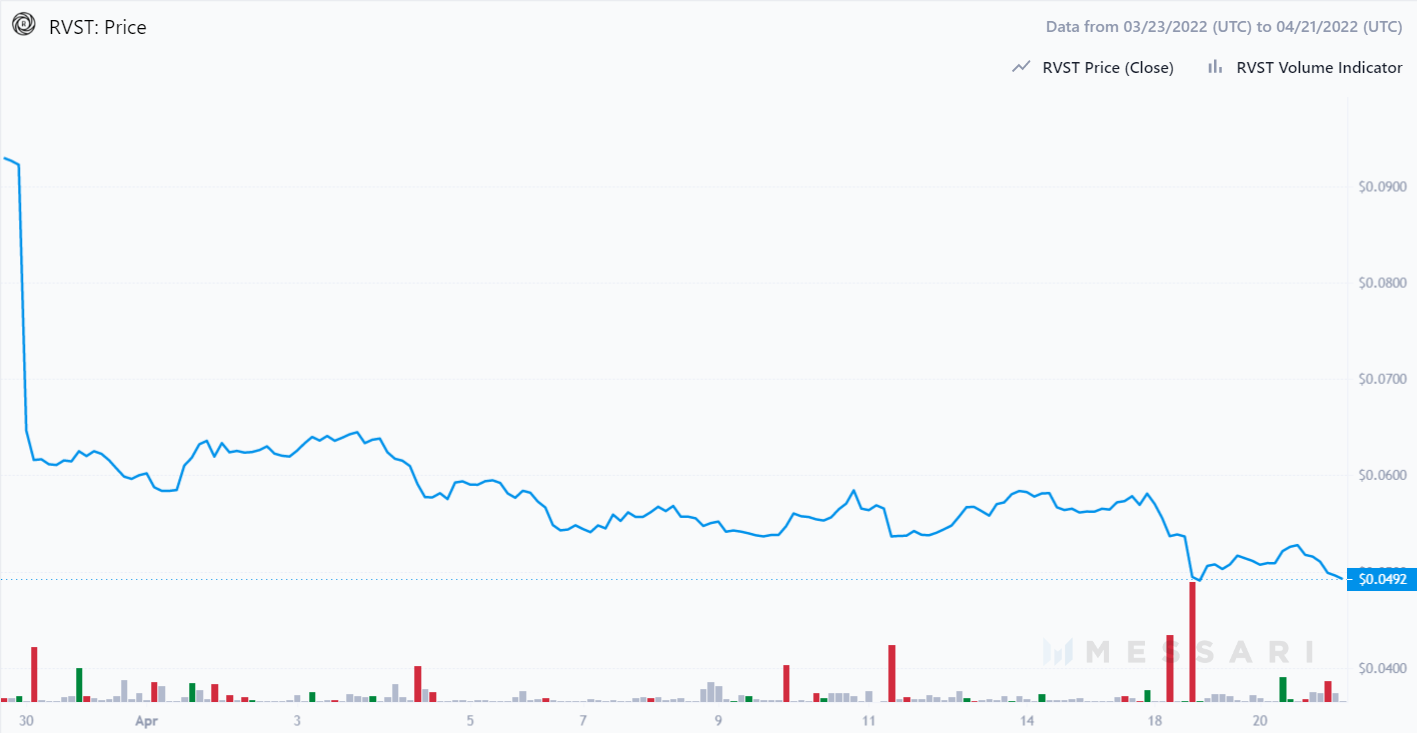 Revest Protocol pioneers a revolutionary idea of using NFTs as a financial tool. The interactive FNFTs allow users to deposit any ERC20 token and set custom unlocking conditions. Due to its high degree of composability, the project claims it can fill numerous massive holes in the current crypto landscape, ranging from the simple enhancement of KPI-based token vesting for development teams to implications for derivatives and borrowing and lending platforms.

A vulnerability in Revest Finance’s platform allowed hackers to steal $2 million from their Ethereum contracts at the end of March.

The TrustPad platform is a decentralized multi-chain fundraising platform that enables projects to raise capital without compromising investors’ safety. A long-term ecosystem in which new traders can gain a better understanding of the operations that underpin transactions will emerge as a result of users executing orders for the purpose of earning. TrustPad is a cloud-based platform for small and medium-sized businesses, entities, and individuals. Users stake TPAD to gain early access to promising blockchain projects. 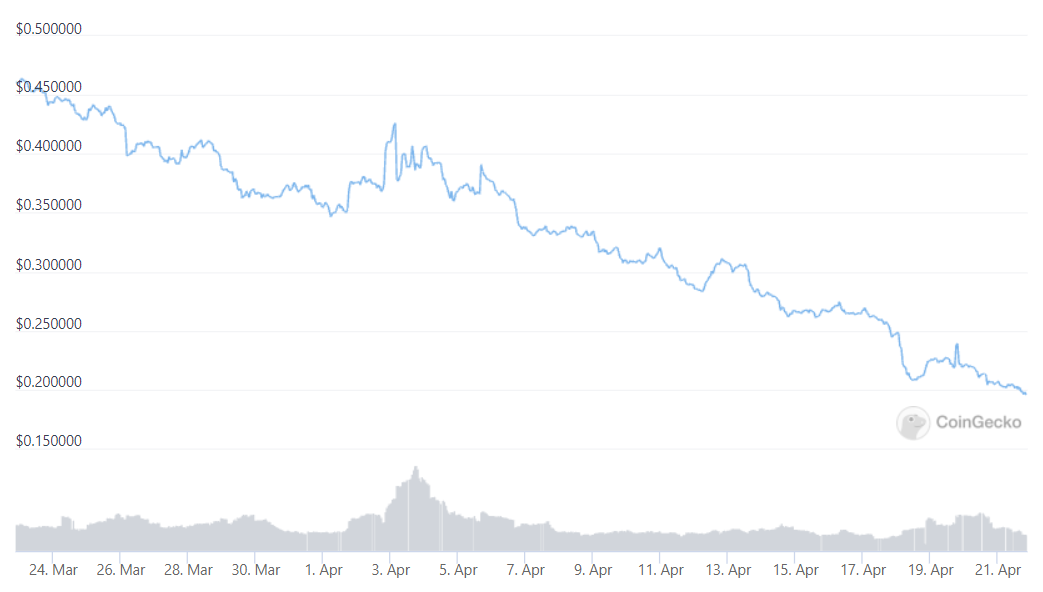 Not to be confused with TRON (TRX)!

Throne is an NFT ecosystem for creators and collectors. It is run by a group of people from the music and art world who include an ex-business manager of Kanye West and Drake, a U2 and Madonna producer, a former Burberry executive in communications and a former Nike executive with brand expertise.

THN is the utility token for the Throne community, network, and ecosystem. The THN team claims it is designed to democratize platforms and provide the infrastructure needed to power tomorrow’s economy. 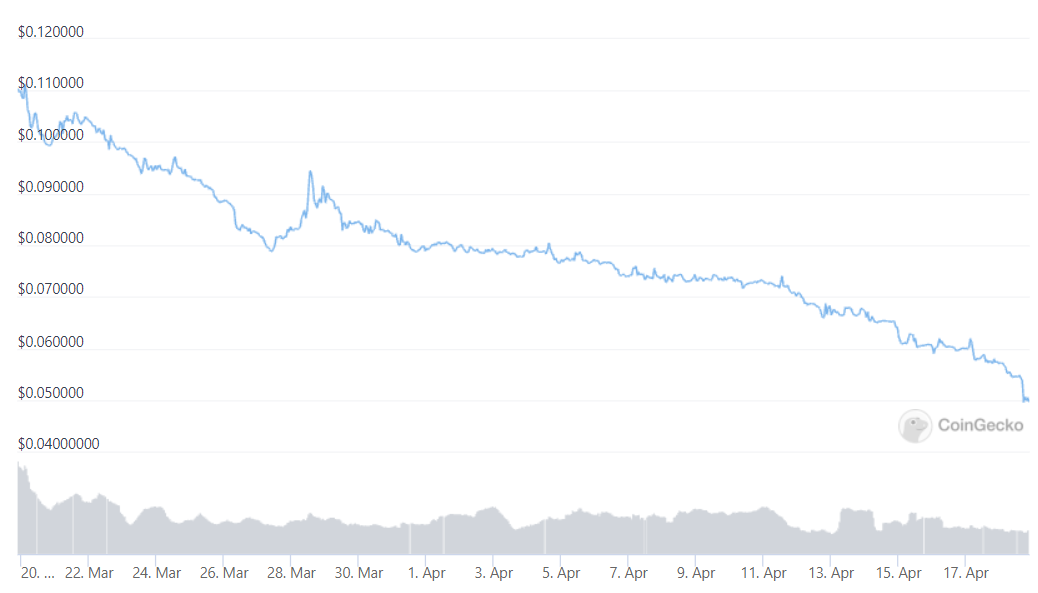 For those who believe that the craze over non-fungible tokens, if not a bubble, is unsustainable, the future of THN may not seem so bright as well.

This article contains the author’s opinions and is not meant to be construed as an investment recommendation or as advice on how to make investments.

This article appeared first in Cointelegraph.

A Claim of a BAYC Land Drop Goes Viral: The Price of ApeCoin Surges 55%